Many ornamental plants are not good for the alpaca herd. Plants such as azalea and rhododendron cause violent reaction and too often death for alpacas and llamas. Only one leaf suffices to kill a full-grown alpaca.

Prevention is much better than treating a sick animal. Keep your pastures clean and keep poisonous plants away from the fences. Alpacas will reach out through the fence to get to the “greener” grass on the other side. Make sure cria (baby alpacas) cannot go through the fence and get into trouble. 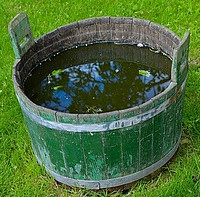 Alpacas must be kept hydrated and fed. Ensure they always have access to clean water. Feed them with hay at least once a day and specially prepared pellets. Most pellets available from the feed stores include the minerals necessary for the animals in your area. They are developed specifically for alpacas and take into consideration the quality of the vegetation in your part of your Country.

My foundation animals were from the province of Quebec and their feed was developed for the Eastern Townships where they were born. When I moved the alpacas to British Columbia, the vegetation mineral content was totally different and the pellets available here take this into consideration.

When the alpacas are hydrated and fed correctly, their immune system is strong and they have a much better chance to fight against poisonous plants.

Talk to your vet

Find a vet that knows about alpacas and enjoys working with them. You must deal with a large animal vet hospital or a large animal mobile vet. When dealing with animals that have already eaten poisonous plants, often not much can be done. Work with the vet to identify the dangerous plants and be very proactive. The knowledgeable vet will be able to provide you with a list of the undesirable plants and will help you identify them.

Talk to other alpaca owners

Become a member of your area association. On Vancouver Island, for example, we have VILAC Vancouver Island Llama and Alpaca Club. The members meet at least a couple of times a year and organize social gathering. They do have information session for the members with invited guess speakers. Their website includes lots of information for newbies and experienced breeders. You can also get information from the national associations such as Alpaca Canada or Alpaca Owner Association in the States. Registries also have lots of interesting information. For Canada, see Canadian Llama and Alpaca Registry and for the United States see the instructions and prices through Alpaca Owners Association Inc.

Prevention is far better than treating a sick animal from poisonous plants for alpacas. The plants mentioned in this blog are only a few of the harmful species dangerous to animals. You can use this list as a starting point. Continue your search by talking with you vet and with other alpaca owners. Protect your investment by managing well your pasture and the food you give to the herd.

If you have questions or you want to give readers more information about poisonous plants for alpacas, please feel free to use the comment space below. I will be happy to reply to your question and to thank you for any additional data you may want to share.